It is essential that the American public knows what is happening in the world because the decisions taken by the US President and Congress affects the whole world, so we in the middle -east wish that the American people not only hold their President accountable for domestic issues but for foreign issues too. Today there are several issues to talk about and in a sense, they are related, N. Korea, French elections, Yemen and South Lebanon, and although they are miles and miles apart but they are inter-related.

On Twitter, Trump warned: “North Korea is looking for trouble. If China decides to help, that would be great. If not, we will solve the problem without them! U.S.A.”
But after a brief but bracing war scare, national security adviser H.R. McMaster and Defense Secretary James N. Mattis swooped into moderate the commander in chief. "It's time for us to undertake all actions we can, short of a military option, to try to resolve this peacefully,” McMaster, said on Sunday. “We are working together with our allies and partners and with the Chinese leadership to develop a range of options" In other words, the US wants the Chinese assistance in offering the N. Koreans a basket of solutions to disarm their nuclear arsenal. The Americans have reached the conclusion that since Obama's idea of "strategic patience" did not work and a conflict with N. Korea is costly keeping in mind how resilient they are, facing very tough sanctions unlike any other that occurred, that started in 2006, they also have built a very strong army and intelligence systems, all of these reasons combined makes the conflict with N. Korea remote, so the next step would be a treaty similar to that singed between Iran and the US.
Europe's political mood is certainly shifting to the right and the French first round elections singled out Marine Le Pen far right wing and Emmanuel Macron left wing, and although Le Pen is close to Trump's ideas yet she is supporting France withdrawal from the EU and is closer to Russia. Her statement of supporting Russia and Assad in fighting terrorism is clear, which makes it obvious that Macron is Washington's favorite. Yet once again Trump' tweeted following Friday's incident in Paris "Everyone is now saying how right I was with illegal immigration and the wall," although he did not name her yet his indication is supporting Le Pen's ideas, which should be in contradiction to the US and all of its allies' choice, and gives confused signals to the French voters.
Unlike the previously mentioned cases, Trump was very clear when he sent the Defense Secretary James Mattis to Saudi Arabia showing support to the Saudi's and the same time encouraging them to push for peace. Mattis dis-encouraged the Saudi's from attacking the Houthis strong hold at Al-Hodeida port because simply the Americans will find themselves obligated to support the Saudi troops which is something the Americans do not want to do and were clear about it.
Finally, in a very rare and almost for the first-time Hezbollah took a group of journalists to the Israeli border and even allowed them to interview some of the fighters in a show that they are still strong in South Lebanon and the Syrian war have not affected them, and added that they will punish Israel if it violates UN 1701 resolution which prohibits Israeli war planes from entering the Lebanese air space.
It seems that Trump's hands are full in the international arena, and he is not making easier on himself by tweeting contradicting massages and I do not blame him since he is new to all this and does not have past experience.
When we weave those events together the picture may be will look clearer. N. Korea is the main supplier of weapons and weapon technology to Iran and subsequently to Hezbollah and by coming to terms with N. Korea, the US can put their conditions on lifting the sanctions thus cutting the supply of arms to Iran and removing the threat to S. Korea and Japan the US allies in turn will considerably reduce the US military presence in the region. In the other hand the US does not want France a key player in the middle-east and Europe to shift towards Russia and change the French view towards the Syrian war if Le Pen wins the elections  but if not they will definitely support Macron whom already received the blessings of the Democrats when Obama called him.


It is a struggle to keep a balance away from the red lines of Yemen, Iraq where ISIS are collapsing and the Iraqis are not giving them a way out which will affect the balance in Syria which is the main focus. 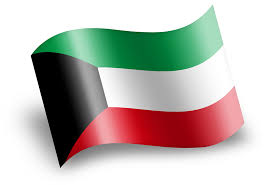