Trump's Strategy in the Middle-East Level 1

Trump's decision of withdrawing from Syria was not understood by a lot of people even by his secretary of defense whom resigned his post or at least did not know until Trump told him that he had other plans. Other plans!!! Yes the Trump administration have other plans probably Mattis did not agree with. To us in the middle-east it is very clear that the Americans do not want to be involved in any fighting a decision taken during the Obama period, so another strategy was put and was monitored.
This strategy is dived into 3 interconnected levels, the first is IRAQ and LEBANON, the second is SYRIA and YEMEN and finally the third level which is IRAN and RUSSIA, The Americans are focusing the time being on Iraq in an effort to reduce or completely weaken the Popular Hashed militia whom fought side by side with the Iraqi army against ISIS. This militia is close to Iran and Hezbollah and are a powerful political part of the Iraqi government and that's why Pompeo was there, to convince the Iraqi Prime Minister Mr. Abdul-Mahdi that the militia's should be ended and all it's heavy weaponry should be transferred to the Iraqi army.The same is true for David Hale's visit to Lebanon to ask the P.M Mr. AL-Hariri that Hezbollah cannot continue to be in the government and their heavy weaponry to be transferred to the Lebanese army.

The question is, are the American demands realistic in both Iraq and Lebanon? of course not, and that is why they sent a message to both countries that there will be further economic and monetary sanctions on both militia's as a whole and also against whoever deals with them, both militia's are  very effective in the Syrian war joining Al-Assad forces in many fronts. Usually the Americans take certain steps as an introduction or a necessary steps in their way to the final goal. So what could be their final goal?

If you guessed that it has something to do with Israel, you guessed right. Ever since Israel discovered natural gas in it's shores it tried hard to expand it's distance towards the Lebanese international sea boarders and without an agreement with the Lebanese the investors will not show up, and if Israel would intimidate the Lebanese by drilling in what they say it is Lebanese sea boarders then Hezbollah will definitely strike those locations and the Iraqi Hashed militia has announced that if this case occurs then they will fight alongside Hezbollah.

The case of open fire between Lebanon and Israel is not what the Americans and the Israeli wants so that is why they are trying other means and one of those means was encouraging the Lebanese P.M to continue halting the establishment of the government which has been halted for months now in an effort to put pressure on Hezbollah and the President Aoun whom is an ally with Hezbollah to prevent any majority for Hezbollah allies in the government whom will Vito any compromise with any agreement with Israel to draw sea and land boarders.

So what has this  to do with the American withdrawal from Syria?  The withdrawal is a clear message from the Americans that the US will not be engaged in any fighting in the middle-east any more, but this does not mean that America is out for good rather it will play a pressure game threatening here or there using economic or monetary means to achieve their goal or even produce a new Arabic spring to spread chaos on top of the one that already exists

in the next episode i will discuss level 2 of Trump's strategy in the middle-east. 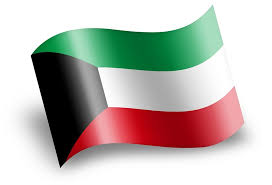