MY VISIT TO IRAN

Probably by just mentioning the name Iran your thoughts will immediately goes to the nuclear deal and the revolution and other recent events, and that is wrong because this country is 2500 years old from the first Persian civilization led by Cyrus the great. My first visit to Iran was a few years back in January and i had no idea what to face there, so i landed in the Capital Tehran and it was snowing like hell which reminded of my beloved city in the USA Boston where i studied. For a man coming from the desert the weather cannot be better so much different, went to the hotel which was very nice,

Tehran is a typical middle eastern city with huge buildings and crowded, and you do not want to drive there , my goodness what a mess i mean a red traffic light does not mean anything for a few drivers. their food is what you have to try especially if you like kebab, they have tens of different kebabs may favorite was kebab sultani which was great and they are experts with yogurt drink they add mint to it slightly sour but if cold it is fantastic.this is the image.

I noticed that they have a good industry almost all of their electrical appliances like fridges, tv's is made in Iran including computers, also clothing's, cars and other things, my only problem was the language i do not speak Persian and few speaks English there although Tehran is much better than the rest of the country.

My next stop was Qum i had no problem there at all almost everybody speaks Arabic over there, they must have over a million Iraqis there whom were deported at the Saddam Hussein era. their market is magic i mean the carpets bazaar, you have to see it to believe it, the designs , the colors the beauty is eye boggling, made from wool or silk the ones made of silk you hang on the wall and if you look at it from different angles it gives you different colors, you have the feeling you want to buy the whole market. 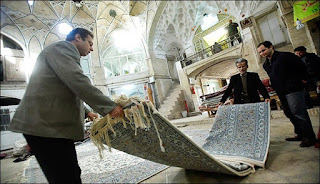 Also in Qum is the shrine of MASOUMA the sister of the 8th Imam of the Shiites , the architecture is old and beautiful and lots of gold in the building structure it is just majestic.This is the image 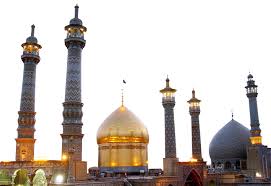 The next stop was Mashhad an hour flight from Tehran, now this is a city you should visit,it is the dream of millions because it has the shrine of the 8th Imam and the old market is just wonderful. this city is equipped nicely for tourists with hotels , restaurants and a big shopping places. i always prefer the old market which also have carpets and saffron because saffron comes from the Khorasen region which Mashhad is one of the cities, and that saffron is the best in the world by the way. what really encourages the tourists is that the prices are very reasonable especially if we know the Tooman or Riyal the Iranian currency is cheap if compared with the US dollar.

Finally you have to visit the shrine of Imam Mousa Bin Jafar it is magnificent and cannot be described by words, gold all over the place and glass designs from the inside, i have traveled a lot but i have never seen anything like it, and this is its image 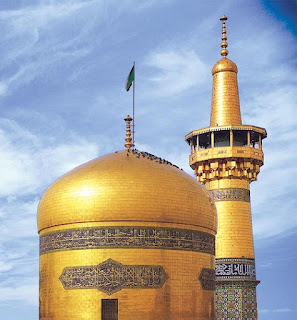